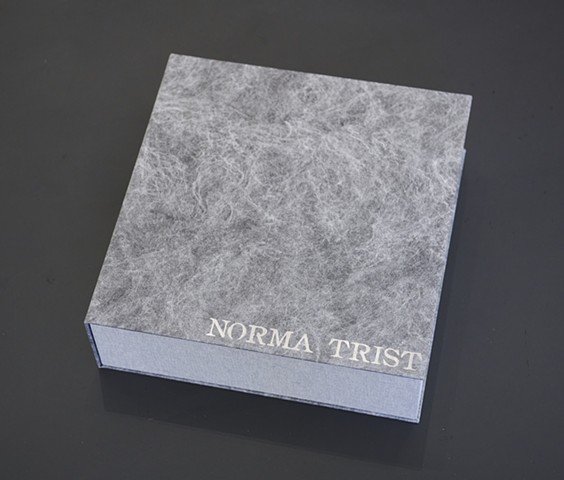 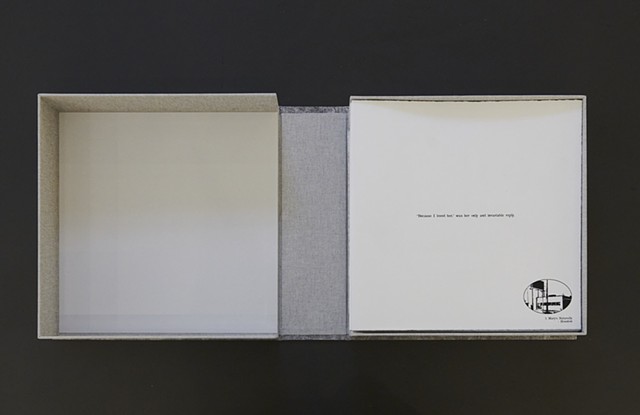 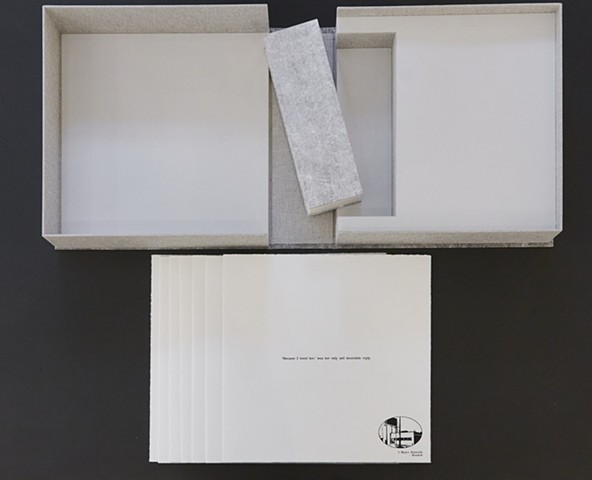 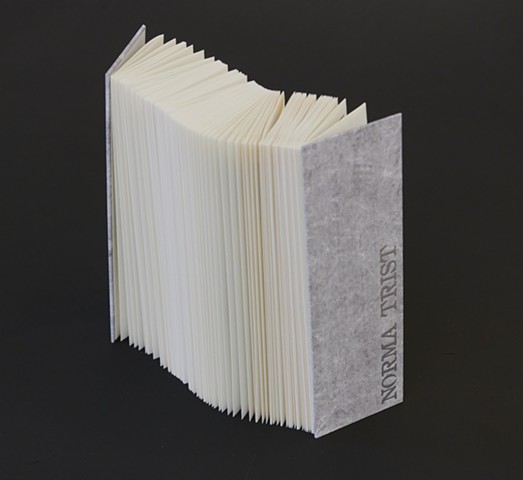 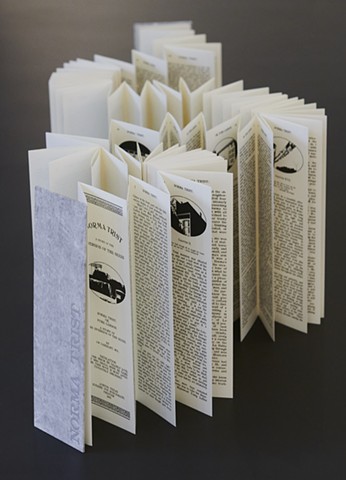 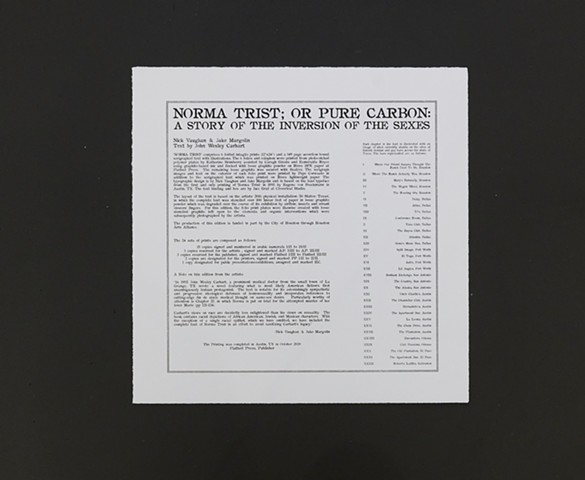 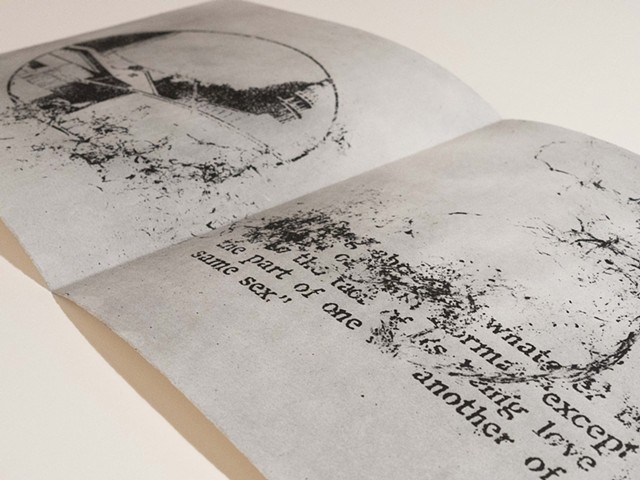 NORMA TRIST; OR PURE CARBON: A STORY OF THE INVERSION OF THE SEXES

A co-publication between the artists and Flatbed Press (Austin) this Livre d’Artiste marks the first reprinting of a landmark 1895 novel written in Lagrange Texas, featuring astonishingly progressive defenses of homosexuality and likely the first unambiguously lesbian heroine in American fiction. Paired with images of what now stands in locations where there used to be queer bars across the state, “NORMA TRIST” stands as a record of Texas’s underappreciated queer history.

‘NORMA TRIST’ comprises 6 folded intaglio prints (12”x24”) and a 149 page accordion bound serigraphed text with illustrations. The 6 folio plates were printed from photo-etched polymer plates by Katherine Brimberry using graphite based ink and flocked with loose graphite powder on Rives BFK paper at Flatbed Press. The remaining loose graphite was secured with fixative. The serigraphed text was printed by Pepe Coronado on Rives lightweight paper. The typographic design is by Nick Vaughan and Jake Margolin and is based on the original lead typeface from the first and only printing of ‘Norma Trist’ in 1895 by Eugene von Boeckmann in Austin, TX. The text binding and box are by Kaoru Y. Perry at Cloverleaf Studio.

The layout of the text is based on the artists’ 2016 physical installation: ‘50 States: Texas’, in which the complete text was stenciled over 100 linear feet of paper in loose graphite powder which was degraded over the course of its exhibition by airflow, insects and errant viewers’ fingers . For this edition, the folio print plates were likewise created with loose stenciled graphite left open to the elements and organic interventions which were subsequently photographed by the artists.

Each chapter is illustrated with an image of what currently stands on the sites of historic lesbian and gay bars across the state of Texas.

The production of this edition is funded in part by the City of Houston through Houston Arts Alliance.

A Note on this edition from the artists:

“In 1895 John Wesley Carhart, a prominent medical doctor from the small town of La Grange, TX wrote a novel featuring what is most likely American fiction’s first unambiguously lesbian protagonist. The text is notable for its astonishingly sympathetic and progressive ideological defenses of homosexuality and incorporates references to cutting-edge fin-de-siecle medical thought on same-sex desire. Particularly worthy of attention is Chapter 27, in which Norma is put on trial for the attempted murder of her lover Marie (pp 121-124).

Carhart’s views on race are decidedly less enlightened than his views on sexuality. The book contains racist depictions of African American, Jewish, and Mexican characters. With the exception of a single racial epithet, which we have omitted, we have included the complete text of Norma Trist in an effort to avoid sanitizing Carhart’s legacy.”