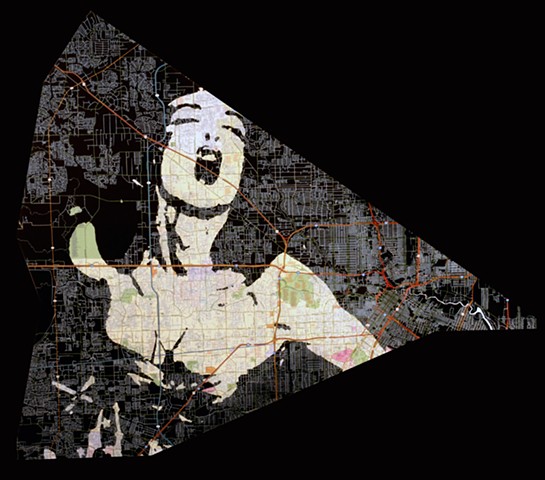 The Scene (Detail)
Anonymous Queen, Mary’s Naturally 1976 (based on a photograph by Janice Rubin)
hand-cut found road maps
next >